The European Union has been created and evolved the decades that followed the tragedy of the Second World War. It started with the primary objective of healing the open wounds of this unprecedented tragedy. It gradually evolved though to a closer and closer union of member states, which brought us to the ‘Erasmus Generation’, hundreds of millions of young people who feel Europe as their homeland.

As long as there were many Europeans with living memories from the Second World War, the necessity for the Union had never been challenged nor had its direction ever been questioned. Clearly, the EU was destined to become a federal union, with the monetary union being the first significant achievement in this journey.

Unfortunately though, time has passed and these living memories of the war are fading away together with the subjects carrying them. In parallel, the fast evolving international landscape in terms of economy and diplomacy is calling for a stronger European voice.

All of a sudden, what was till recently perceived as unthinkable starts to be happening. Several voices in Europe do not hesitate to question the very necessity for European integration. These voices, populist and nationalistic mostly, are in essence boosted by the notorious inability of national political elites to meet proper governance standards in terms of strategic direction. More often than not, governments across Europe unfairly blame the EU for anything bad may happen, hiding this way their lack of governing capacity.

Apparently, it has been proven an unrealistic expectation of us All, the peoples of Europe, to witness national governments to promote true European integration, as this very integration is perceived as suicidal for and by themselves. It is then time for us All to respond to the call of history for continuing the journey started by our parents and our grandparents. The time has come for Europe to be united in real, for the EU to evolve to the European Federal Union.

It is not about a rhetoric statement, asking national governments to do something about that; on the contrary, the very subjects who make national government legitimate now demand the creation of a federal state with clearly defined competences, believing that this is what best serves the peoples’ interest.

The Rome Manifesto, authored by a diverse group of progressive young Europeans in 2017, offers an excellent platform for the launch of a pan-European political movement for the European Federal Union. Our priorities are simple:

The vision of the EU’S founding fathers was to create a family able to protect all of its members throughout their whole lives. Our understanding of protection includes liberty, equality, justice, human rights, economic independence but also welfare and healthcare for each and every citizen of Europe. The coronavirus pandemic and the miserably uncoordinated response of the EU member states made the need for European integration more evident than never before.

The coronavirus pandemic uncovered several quite uncomfortable truths. The peoples of Europe have been paying enormous amounts for many decades in order to create and sustain Europe’s pride, the social state. Yet, the moment when the social state should protect the peoples of Europe, the moment when this enormous investment had to pay off, it notoriously failed to do so.

Why was that? Evidently because of the unnecessary fragmentation and because of the inability to explore economies of scale. The nation-state illusion is the one to blame for the loss of tens of thousands of Europeans during this pandemic, under truly unthinkable conditions. The news of Italy receiving help from China, Russia and Cuba, instead of receiving help from their sibling EU member states, marked a deep wound to the feelings and the pride of every European. The news, this unthinkable lack of solidarity, made hundreds of millions of Europeans realize that, should an existential threat come up, European solidarity under the current EU status is anything but certain. This has been the straw that broke the camel’s back. A true change is needed now. The European Federal Union has to come to existence immediately.

The peoples of Europe have now realized that our parents’ and grandparents’ vision for a truly united Europe is the right way forward. For this vision to come to life, we need to keep moving in the same direction and to accelerate the pertinent pace. It is up to us, the peoples of Europe, to demand and achieve the creation of the European Federal Union and this is the founding objective of our pan-European political movement.

In the days, weeks and months to come we aim to inform and mobilize as many of the 500 millions Europeans as possible. We are confident that the fundamental law of democracy, which is no other than respecting the will of the many, will prevail. For most of the EU member states, participating in the European Federal Union will be their first time of being truly independent, truly free. This fundamental liberty is a right for each and every European and our movement aims to solidify it.

The European Federal Union will have the means to stimulate European economy, to secure research, scientific, technological, academic and digital sovereignty. Federal Europe will bring individuals and businesses back to the route of growth and prosperity via leveraging its enormous resources in the most efficient possible manner. 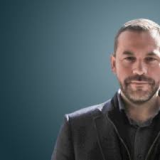 Serial tech entrepreneur and early stage investor. Advocate of the society of knowledge, creativity and cooperation. Firmly believes in freedom, equality and justice for all. Pacifist. And of course, a passionate European federalist.

We use cookies on our website to give you the most relevant experience by remembering your preferences and repeat visits. By clicking “Accept All”, you consent to the use of ALL the cookies. However, you may visit "Cookie Settings" to provide a controlled consent.
Cookie SettingsAccept All
Manage consent

This website uses cookies to improve your experience while you navigate through the website. Out of these, the cookies that are categorized as necessary are stored on your browser as they are essential for the working of basic functionalities of the website. We also use third-party cookies that help us analyze and understand how you use this website. These cookies will be stored in your browser only with your consent. You also have the option to opt-out of these cookies. But opting out of some of these cookies may affect your browsing experience.
Necessary Always Enabled
Necessary cookies are absolutely essential for the website to function properly. These cookies ensure basic functionalities and security features of the website, anonymously.
Functional
Functional cookies help to perform certain functionalities like sharing the content of the website on social media platforms, collect feedbacks, and other third-party features.
Performance
Performance cookies are used to understand and analyze the key performance indexes of the website which helps in delivering a better user experience for the visitors.
Analytics
Analytical cookies are used to understand how visitors interact with the website. These cookies help provide information on metrics the number of visitors, bounce rate, traffic source, etc.
Advertisement
Advertisement cookies are used to provide visitors with relevant ads and marketing campaigns. These cookies track visitors across websites and collect information to provide customized ads.
Others
Other uncategorized cookies are those that are being analyzed and have not been classified into a category as yet.
SAVE & ACCEPT
%d bloggers like this: